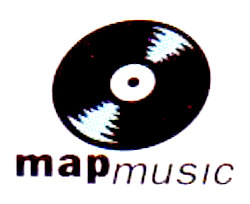 I formed and operated Map Music (initially called Map Records) in Vancouver from 1996 to 2002. I started Map to support and expose the brilliantly talented electronic music artists of Vancouver, who had been forging a uniquely west coast style of electronic music that the world needed to hear. Over the 6 years of Map, we released these full length CD albums (some of which are still available, noted below):

check them all out here: https://www.discogs.com/label/1782-Map-Music

Digitial downloads of some of these and some new material available here:

We also released this 12" single:

The vinyl releases were tracks from the "Welcome To Lotus Land" compilation, these are available now on a remastered double vinyl re-issue of this compilation. ### SOLD OUT

For info on ordering any of the CDs or the "Welcome To Lotus Land" double vinyl pressing, contact me at robert@robertshea.ca